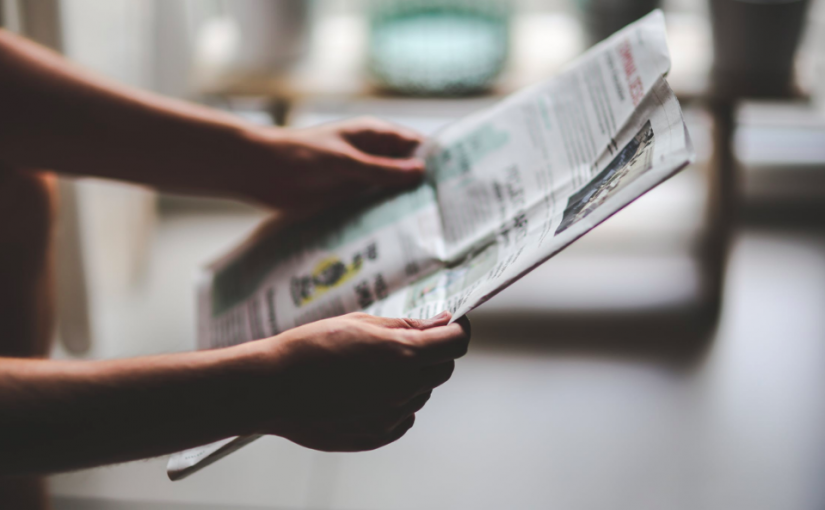 Over the years, chiropractic has come a long way. In many areas of western medicine, this alternative practice may have been looked at skeptically by doctors that studied mainstream methods. It took many years for this area of medicine to be featured in the media. Below are some examples of chiropractic care articles that were featured in the media, and which helped to educate the public and improve overall public opinion of this area of medicine.

Real Simple Magazine Promotes Chiropractic, Directs Readers to ACA’s Web Site
An article in the October edition of Real Simple magazine discusses treatments-including chiropractic care-for back pain. The article indicates that research is bearing out what we have known all along-that chiropractic works. Although the article includes an unfortunate caveat, the story does offer ACA’s Web site as a vehicle for finding more information. Through the Find-A-Doctor section of ACA’s Web site, patients can locate ACA members-like you-in their communities. The Find-A-Doctor section continues to be one of the most popular features among visitors to our Web site.

ACA Discusses Physical Challenges of Commuting to Work on Washington, DC’s Highest-Rated News Radio Station
An on-air interview between ACA’s national spokesperson, Dr. Jerome McAndrews, and WTOP radio in Washington, DC, focused on the physical challenges of long commutes to and from work. WTOP is the highest-rated news radio station-and highest-rated AM station-in our nation’s capital. The segment, in which Dr. McAndrews discusses ways to deal with the harmful effects that driving long distances in a car can have on one’s body, aired three times during WTOP’s “morning drive” time on Oct. 17.

St. Petersburg Times Promotes Chiropractic Care for Back Pain
ACA Spokesperson Dr. Jerome McAndrews spoke with the St. Petersburg Times in late October on the topic of unnecessary, over-prescribed back surgeries, resulting in a very balanced portrayal of the role chiropractic care can play in treating people with back pain. According to the Oct. 28 article, “The AHCPR concluded that spinal manipulation, the trademark skill of a chiropractor, seems to relieve back pain. Since then, increasing numbers of people have turned to chiropractors for relief of back pain”.

High-Tech News Releases Send Chiropractic Message Out to Millions
ACA packed a “one-two” public relations punch in September, developing and distributing an exciting “multimedia news release” (MNR) on backpack safety and an informative “audio news release” (ANR) on Spinal Health Month and the benefits of chiropractic care. The MNR was delivered to more than 6,100 major media outlets and Web sites, as well as a Web site for professional journalists that boasts more than 60,000 registered users. Meanwhile, the audio news release has been delivered to the nation’s top 1,000 radio stations based on market and audience size.

The multimedia news release delivers news-in this case ACA’s backpack safety package-with the impact of video footage, Internet links, text and more. Past president of ACA’s Council on Occupational Health, Dr. Scott Bautch, is featured in the video portion of the release. He was filmed at a school in his hometown in Wisconsin, discussing the importance of proper backpack use and also showing local schoolchildren how to wear backpacks without hurting themselves. To view ACA’s backpack safety MNR. The audio news release-used to promote Spinal Health Month and chiropractic care-was estimated to have been heard by more than 1.5 million radio listeners. The audio news release is a scripted, professionally produced, one-minute audio package with sound bites from ACA President Dr. Donald Krippendorf. The release also includes voiceover narration formatted to fit radio newscasts.

ACA’s Gardening Tips Continue to Generate Media Interest
ACA’s gardening tips have always been popular with the national press. This month, the Detroit News, Healthscout.com, DrKoop.com, the Connecticut Post and the Dayton Daily News each covered ACA’s gardening tips. For a look at ACA’s patient-centered tip sheet on gardening that inspired this media coverage.

U.S. News and World Report Quotes ACA
The August 11, 2003 issue of the national weekly news magazine U.S. News and World Report includes an article on “messenger bags” and backpacks in which Dr. Scott Bautch, past president of ACA’s Council on Occupational Health, is quoted. Dr. Bautch mentions in the article that the trendy messenger bag could cause postural problems since it does not have waist straps to help distribute the weight of the bag evenly on the body.

Chiropractor North York has written some additional articles on chiropractic care statistics that are worth a read. Contact them for more info.